What could be more environmentally and socially beneficial than an entire country going 100% organic? The Danish government has announced that it will convert the entire country’s agriculture into organic and sustainable farming. The will declare Denmark the first country in the world to become 100% organic.

Denmark is at the fore-front when it comes to organic products and how they trade with the world, however the Danish government has set a bigger challenge. The government has managed to raise a vast 53 million euros in 2015 in an effort to turn the country into a 100% organic powerhouse. This is likely to be the most ambitious plan of the century but considering the fact that Denmark has already proved it’s love for organic food, this does seem to be achievable.

Denmark is streaks of other countries in terms of producing organic food. The national organic brand of denmark will be celebrating 25 years in business, making it one of the oldest organic brands in the world. The result is that organic exports have increased by a whooping 200% since 2007.

The government has two main angles of implementation: one is to turn traditional farmland into organic, while the other is to stimulate increased demand for organic products.
The aim is to double the agricultural land cultivated with organic methods by 2020 (compared to 2007), as the 67-point document explains, drafted by Økologiplan Danmark, theOrganic Action Plan for Denmark.

Not only will land belonging to the government be cultivated using organic and biodynamic methods, but the government will support and finance those working and investing in this sector, to develop new technologies and ideas that help promote growth. And we’re not just talking about fruits and vegetables, but also livestock – particularly pigs. 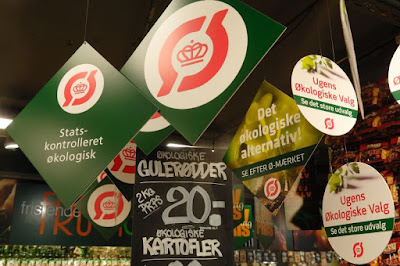 Who will lead the change in dynamics? The ministry, regions and cities have joined forces, and all institutions have been given the initaitive to lead by example. The first organic target is 60% of food served to the public. Schools – starting from nursery schools – as well as hospitals and non-privatized cafeterias must respect it. National public institutions serve approximately 800,000 meals a day, that will be increasingly “green

Want to join the discussion?
Feel free to contribute!

Paul Stamets: 6 ways mushrooms can save the world
Scroll to top